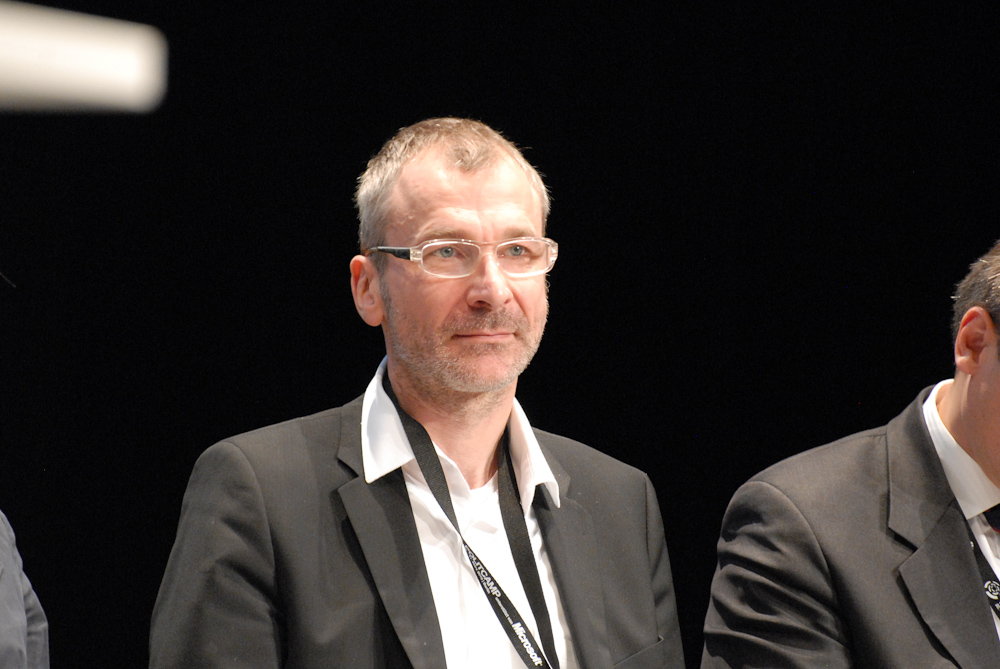 Ruhrbarone: The splinter party „Die Rechte“ („The Right“, a german neo-Nazi party) which is openly active in the National Socialist arena, is hanging posters with the message „Israel is our misfortune“ in the current election campaign. A clear allusion to the „Jews are our misfortune“ in the Nazi era. At the May Demonstration of the Nazis, the Hitler salute was shown in Duisburg and loudly chanted „We are Hitler people then and now“. Why doesn’t the state show any strength here, as for example with the ban of the FAP (Small neo-Nazi party, forbidden) in the 90s?

Volker Beck: With targeted provocations at the border to criminal liability, the smallest party tries to draw attention to itself and thus gain importance in the right-wing extremist milieu. It is clearly anti-Semitic and anti-democratic.

However, there must be concrete indications of weight which make a success of the action directed against the free democratic basic order or the existence of the Federal Republic of Germany appear at least possible.“

Therefore, prohibitions are not possible here, but the exclusion from party financing is. It is therefore essentially the task of democratic civil society to take action against „The Rights“. And the state must act where the party and its actors violate criminal law. The Office for the Protection of the Constitution must observe them and do so.

The Islamic organizations are challenged here

Ruhrbarone: In addition to right-wing extremists, there are also anti-Semitic reservations within Arab and Turkish milieus. Jewish schoolchildren are bullied, some of them Christians as well, by Muslim children who come from completely disgraced parental homes. How can one prevent these children from founding a completely radical new generation?

Volker Beck: School and youth work must lay the foundations for more acceptance for religious and ideological diversity in education and knowledge transfer. But of course that alone is not enough. Islamic organisations are called upon here to assume more social responsibility for the development of their youth and the climate in our common country.

If Erdogan in Turkey rushes against Israel, we must bring the Turkish-Islamic federations, DITIB, ATIB, IGMG and VIKZ, to the statement. They usually don’t talk about it.

And the Muslim organisations must finally recognise: There is no problem between Jews and Muslims, but a problem with anti-Semitism in the Muslim community, as by the way also, today weaker than in former times, on the fringes of the Christian churches.

It is first and foremost the task of the Islamic associations, which would always so much like to be religious communities, to take care of the perception of the religious foundations by their own believers and to correct what has to be corrected. That would be the role of responsible religious communities in a democratic society! 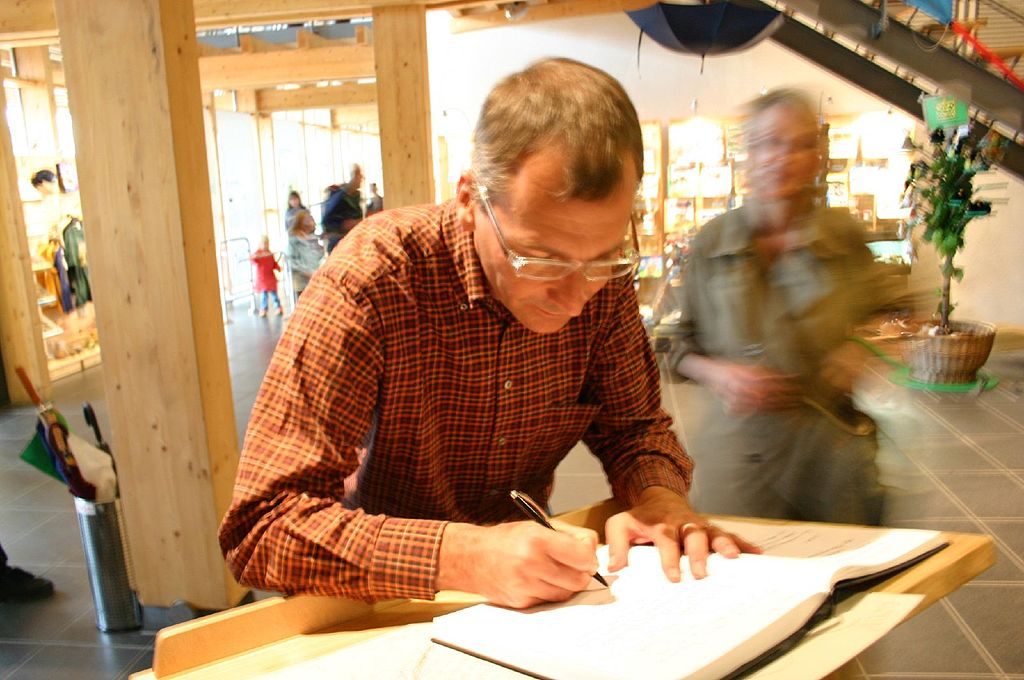 Ruhrbarone: Today, anti-Semitic theories – keyword: FakeNews – are mainly spread via SocialMedia. There are official statements from Facebook and YouTube, for example, to counteract this. When searching on YouTube – e.g. – for „Judaism“ one inevitably finds conspiracy theorists, such as the so-called „folk teachers“ („Volkslehrer“, a German right-wing activist). A few weeks ago YouTube blocked this channel with anti-Semitic content, now the videos are available again. Wouldn’t the legislator be required here to regulate and to address service providers such as YouTube „harder“?

Volker Beck: Overall, the Network Enforcement Act is not sufficient. Those who spread hatred anonymously should be switched off from the platforms faster, those who do it with imprint, i.e. with name and address, should bear the legal responsibility themselves. What we now have is an overtaxing of the platforms, a feeling of powerlessness if we cannot get past the gatekeepers of the platforms and the perpetrators, an acceptance of criminal or legally prohibited content and, as a result, a poisoning of the social climate.

Ruhrbarone: In February, the German Federal President congratulated the Iranian regime, that the annihilation of Israel is still on its agenda, on behalf of the German people . The human rights situation in Iran is more than problematic. Why this short-sightedness in the ingratiation of economic interests?

Volker Beck: These congratulations are a false diplomatic routine: Diplomatic courtoisia must not degenerate into fraternization with criminal regimes like Iran or Saudi Arabia. The Bahr concept of „change through rapprochement“ is inscribed in the DNA of German post-war foreign policy.

As right as it was as an instrument against the calculable regime of the CPSU, as wrong is today’s indulgence towards Iran.

Anyone who wants to stick to the nuclear deal must at the same time increase the pressure on Iran to end the destabilization of the region. Iran must not use the funds lost through the deal instead of for the Iranian people for its missile programme, for arming Hezbollah and Islamic Jihad and for its hegemonic policy in the Gulf.

Those who stand by and do nothing are also responsible for the disaster that will result. Diplomacy is not simply talking therapy, as some believe in the Werder market, but must have a whole set of instruments ready and master the modulation of incentives to sanctions. 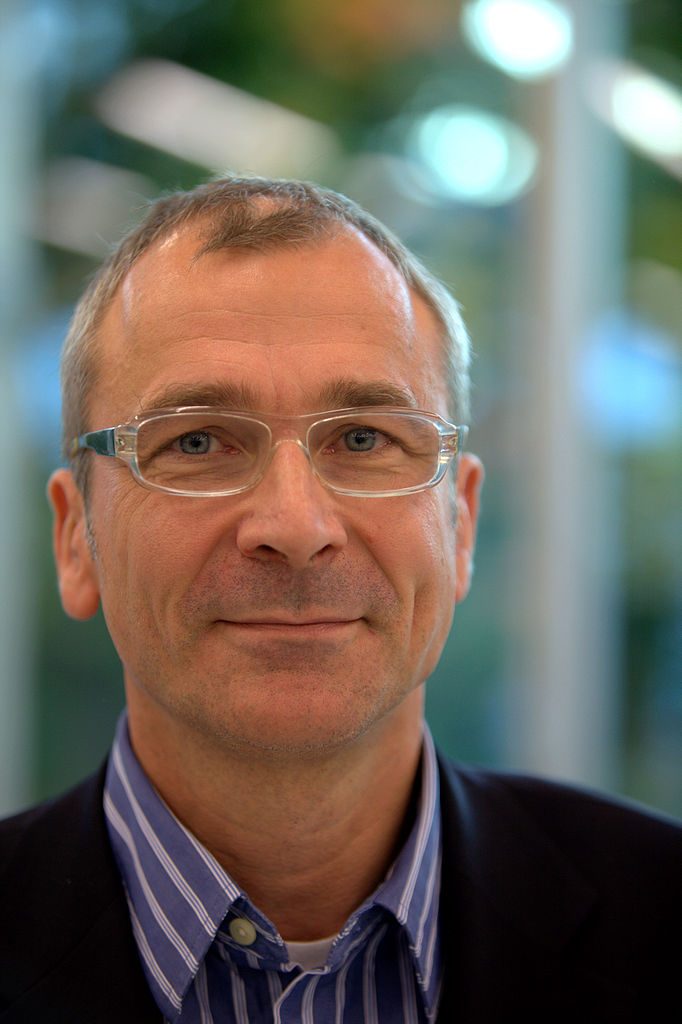 Ruhrbarone: Why doesn’t the Federal Government explicitly vote against the anti-Israeli resolutions in the UN or thematize the role of the so-called „Human Rights Council“ of the UN?

Volker Beck: I don’t see this either. Heiko Maas also thinks that Israel’s treatment in the UN is unfair, only to give instructions again and again to agree to the cascade of anti-Israeli resolutions.

Germany must finally stop playing an extra role in the script of the Arab states at the UN. Yes, you can also criticise Israel at the UN, but not every year 20 times more frequently than with any injustice and terror regimes

Israel is not without its faults, but it is a constitutional state and a democracy. The Supreme Court and an alert civil society ensure that misconduct by the army or the executive is corrected and sanctioned time and again. Germany is no longer allowed to take part in these UN anti-Israel tribunals.

Volker Beck: The FDP (Liberal Party in Germany) has been doing quite a good job since 2017. And the Greens and the Left also have clear voices against the double standard policy against Israel with Sven-Christian Kindler, Konstantin von Notz, Petra Pau and Michael Leutert.

But on the whole one can wish for more clarity here: Why accept the boycott support provided by the Ghorfa (German-Arab Chamber of Commerce) submissions?

Has the main customs office ever even dealt with whether there are illegal boycott declarations within the framework of BDS in the context of foreign trade?

Why doesn’t Germany use its position as a donor to the Palestinian Authority to finally stop the martyr pension system, which rewards terror against Israelis with generous pension payments?

Ruhrbarone: On 17 May 2019, the Bundestag (German Federal Parliament) condemned the so-called BDS movement in a cross-party initiative.  For these activities no more subsidies are to be made available. Members of the Green Party and the Left voted against.

Jürgen Trittin made a statement in the taz (German newspaper): he does not see the BDS as anti-Semitic. Why are parts of Alliance 90/The Greens and The Left  blind in one eye when it comes to Israel?

Volker Beck: BDS is not about Middle East policy or freedom of opinion, it’s about anti-Semitism. You can support the anti-BDS decision of the Bundestag without any ifs and buts, even if you don’t like Netanyahu and his right-wing coalition, criticize settlement policy and actively support the solution of the two states.

Right: Not every BDS supporter is anti-Semitic. The BDS appeal of 2005, the campaign’s basic document, does not mention the two-state solution with a single syllable and instead calls for „an end to the occupation and colonisation of all Arab countries“ combined with the ‚demand for the return of five to seven million refugees including their children’s children‘.

The blurring is deliberate. Israel is seen as a colonisation project, „From the river to the sea, Palestine will be free“ is the battle cry. This aims at annihilating the Jewish and democratic state. To deny the Jewish people their right to national self-determination is anti-Israeli anti-Semitism.

On Saturday the ESC took place in Tel Aviv. In addition to his boycott, the BDS campaign spread a logo that replaced the Star of David with a heart with SS runes in the official logo. A classic motif of secondary anti-Semitism.

Why Jürgen Trittin and the co-signatories don’t want to see this, they have to ask themselves. I don’t understand that. 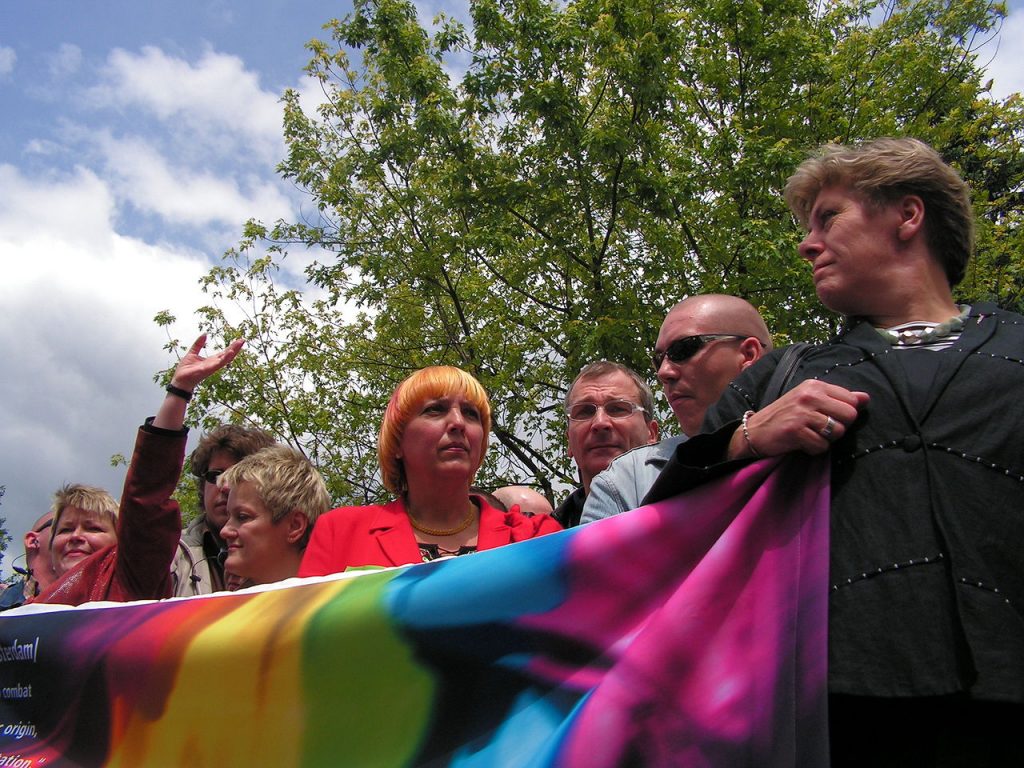 Ruhrbarone: Why do people in Alliance 90/The Greens, who, for example, advocate for queer people in the case of rights, not address their situation in Islamic countries or in the Gaza Strip suppressed by Hamas – and instead strike at Israel?

But in my generation of peace movement times and anti-imperialist traditions, there is sometimes a pattern among politicians that human rights situations tend to be viewed from the perspective of identity politics. But with the Green youth and the younger generation in our party I already have the impression that for them human rights are the compass.

Ruhrbarone: Once again on German social democracy. A representative of the Iranian think tank IPIS sat on the podium during a discussion on the subject of nuclear agreements with Iran the week before last. IPIS organized the infamous Holocaust denialist conference with Islamists and Nazis in 2006.

Anti-Semitic slogans were shouted from the audience at the FES conference. There was no reaction to conspiracy theories. Human rights in Iran were not discussed.

Why is German social democracy so broken?

Volker Beck: That there was no reaction to these failures is not correct. Nils Schmid responded to the interjection „The Jews rule the world“. answered: He did not respond to anti-Semitic conspiracy theories. I think we should conduct the debate on the right Iran policy objectively and not work with insinuations.

I found the invitation of an IPIS representative by the Friedrich-Ebert-Foundation wrong. Even if it was a while ago and the concrete representative was not involved, representatives of Holocaust denial organisations are not to be talked to as civil society actors. There is a red line that can only be made credible by ostracism.

The Ruhrbarons thank Volker Beck for answering the questions.
You can also finde Volker Beck on Facebook.